Rare Porsche goes up for Auction

The classic 1958 Porsche 550A Spyder goes up for auction early next year in Arizona. This unmistakable Porsche came 5th Overall at the 1958 24 Hours of Le Mans and was considered one of the most original examples in existence, one of only 40 built by the German marque. Nicknamed “giant killer,” for its ability to chase down bigger and more powerful race cars, only weighing 70-kilograms less than the 550, and uses trailing-arm suspension instead of swing axles. This 1.5-litre boxer engine produces 108kW of power at 7200 rpm and is expected to fetch a whopping $5 - $6 million.

“Boasting a pedigree that distinguishes it above all others, it was a Porsche Works entrant, a veteran of four world championship races, what is believed to be the only 550A to compete in a Grand Prix,” Bonhams Auctions 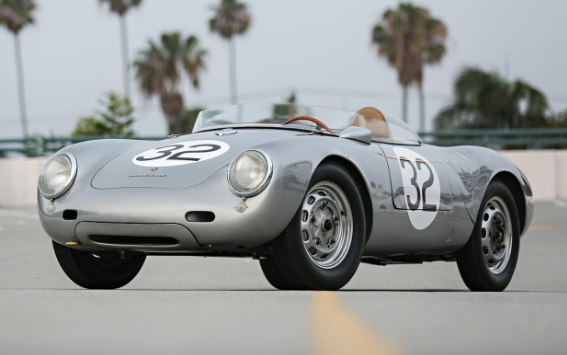