The 83rd 24 Hours of Le Mans (French: 83e 24 Heures du Mans) was an automobile endurance event held from 10 to 14 June 2015 at the Circuit de la Sarthe, Le Mans, France. It was the 83rd running of the 24 Hour race organised by the Automobile Club de l'Ouest as well as the third round of the 2015 FIA World Endurance Championship. A test day was held two weeks prior to the race on May 31.

The No. 18 Porsche 919 Hybrid of Neel Jani, Romain Dumas, and Marc Lieb started from pole position after Jani broke the circuit's lap record in qualifying. The race was won by the No. 19 Porsche of Nick Tandy and Le Mans rookies Earl Bamber and Nico Hülkenberg, followed a lap behind by the second Porsche of Mark Webber, Brendon Hartleyand Timo Bernhard. Audi's best car was defending race winners Benoît Tréluyer, Marcel Fässler, and André Lotterer in third place a further lap behind the two Porsches. This was the seventeenth overall victory for Porsche, and their first since 1998.

The LMP2 category was won by the KCMG Oreca-Nissan driven by Richard Bradley, Matthew Howson, and Nicolas Lapierre. The trio led all but nine laps of the race but only held a 48 second lead over the Jota Sport Gibson-Nissan at the race's end Corvette Racing won their first class victory since 2011 despite one of their two cars being withdrawn after an accident in qualifying. Oliver Gavin, Tommy Milner, and Jordan Taylor held a five lap margin in LMGTE Pro over the AF Corse Ferrari in second after breaking away from the rest of the field in the latter half of the race. The LMGTE Am class was led for much of the race by the No. 98 Aston Martin until driver Paul Dalla Lana crashed in the Ford Chicane in the final hour of the race, handing the victory to the SMP Racing Ferrari of Viktor Shaitar, Aleksay Basov, and Andrea Montermini. 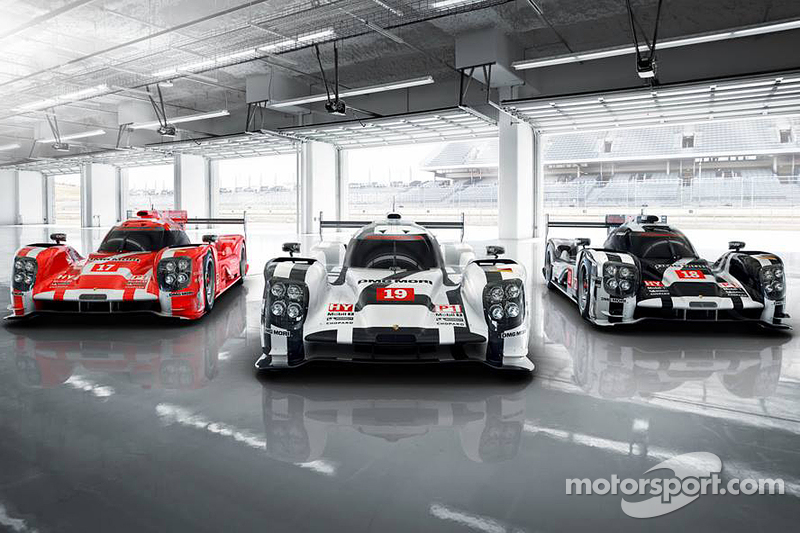