Tasmania turned on the sunshine over the last weekend of January and set the stage for John Ireland and Kingsley Wallman to take on the twists and turns of Tassie over two days of Targa Wrest Point.

John Ireland and co-driver Michael Ribot put in a personal-best performance, winning the Late Classic Handicap class and securing a stellar second place in the Classic Outright class in their ’77 Carrera 3. Kingsley Wallman and Genevieve Lilley had another strong outing in their ’73 RS replica, building on their experience at Targa High Country to finish 11th in Late Classic Handicap.

Ireland and Ribot got off to a steady start on Saturday morning, coming to grips with the feel and limits of a new set of tyres and getting back into the swing of competitive rallying after nearly two months away.  This left them with a sizeable time deficit to make up over the short two-day rally, but by the afternoon they were starting to fly, finishing equal fastest through Longley.

They were back in the thick of it on Sunday morning, taking on the Pelverata stage “one of the roughest bits of bitumen anywhere in Tassie” and finishing equal third fastest. Setup on their Carrera 3 was purposefully on the soft side, which worked perfectly as the stages got rougher; “it balances out that most of the roads are rougher, so it works really well and responds well in those conditions.”

The bulk of the Sunday stages are tight, twisty and bumpy, which suited the nimble 911 and helped the pair work their way up the handicap board. After Nick Ellis was forced out with a gearbox failure and Wayne Pfingst & John Loth’s ’71 Torana had a fuel issue, they were up in second place and chasing down David Cooper, Jason Dann and the Torana A9X.

They put in a sterling effort, running 15th fastest overall on Sunday and reeling in the gap to just 1:27. Their efforts secured them second place in Classic Outright – a personal best. They finished 27 seconds ahead of the Paul and Lachie Stuart’s ’73 Carrera RS to top Late Classic Handicap.

Next up is the Targa Tasmania, which Ireland is looking forward to; “We ran Targa Tasmania last year and showed some great potential.”

“We perform better in the longer events and get better and better as we go.”

The Targa Tasmania is a six day long event, which should suit the pair’s driving style well.

Congratulations to John Ireland, Michael Ribot, Kingsley Wallman and Genevieve Lilley for an excellent weekend, and thanks to John for chatting with us. We’re looking forward to supporting everyone’s efforts in the Targa Tasmania! 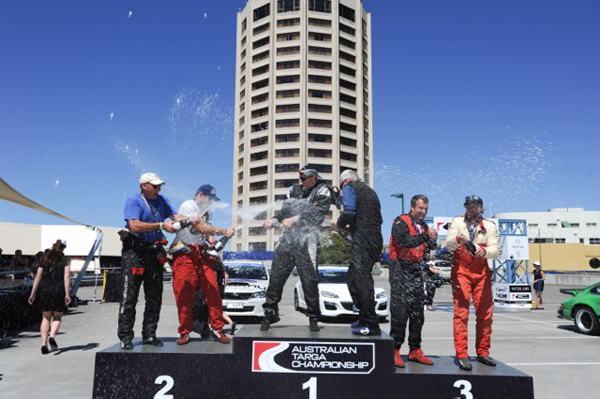 The 3.2 Carrera Engine Rebuild: Part One
Masterful Motorkhanaing
Back to News