John Ireland has been an enthusiastic customer of Autohaus Hamilton for close to 15 years. The relationship started when John was racing Mazdas and began chatting to the Autohaus crew during a tarmac rally. Next thing you know John purchased the ex Bill Pye Porsche 911 and the rest, as they say, is history.

John, what was your first Porsche?

My first Porsche was a lovely 996 Turbo. It really turned me on to Porsches, but I didn't rally that car, I still had a Mazda RX7 that I was rallying at that point.

If money was no object, what would be your dream Porsche?

I'm a massive fan of the Porsche 911 GT3 RS, is there a better combination of style, speed and practicality on the planet? I also once owned a 1974 2.7 Carrera, I miss that car and think that era was a high point for Porsche. It was just a lovely car to drive and I'd love to have it back! 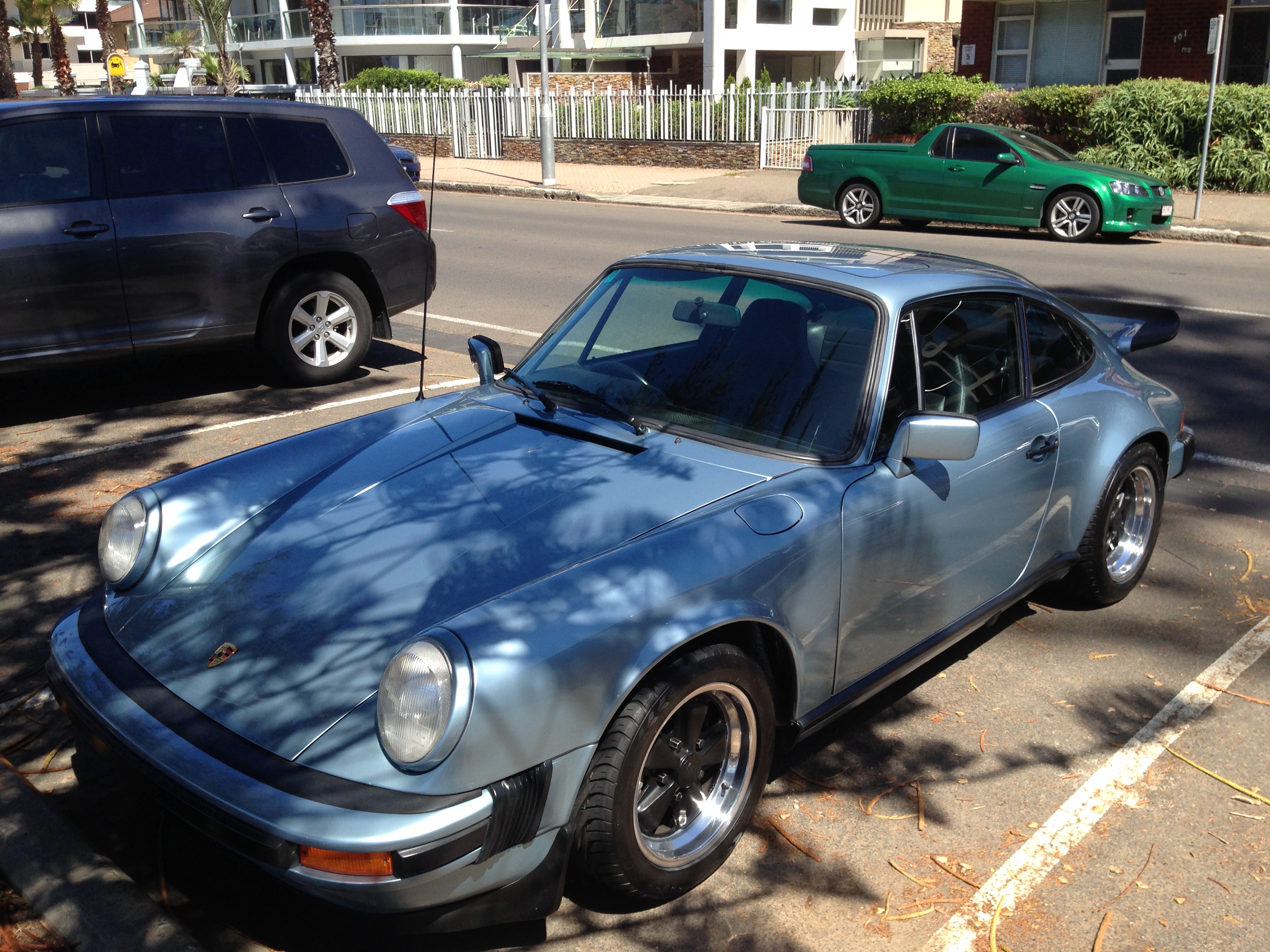 You now own a Porsche Cayman GT4, tell us about that

I purchased the car new in 2015 and it's been in constant development ever since! I get a real thrill from constantly improving the car. We have added a roll cage, race seats and stripped some weight from the car and added lots of carbon fibre. We have changed the shocks and springs package to suit tarmac rallying. It has been a very reliable weapon and we have achieved some great results in it 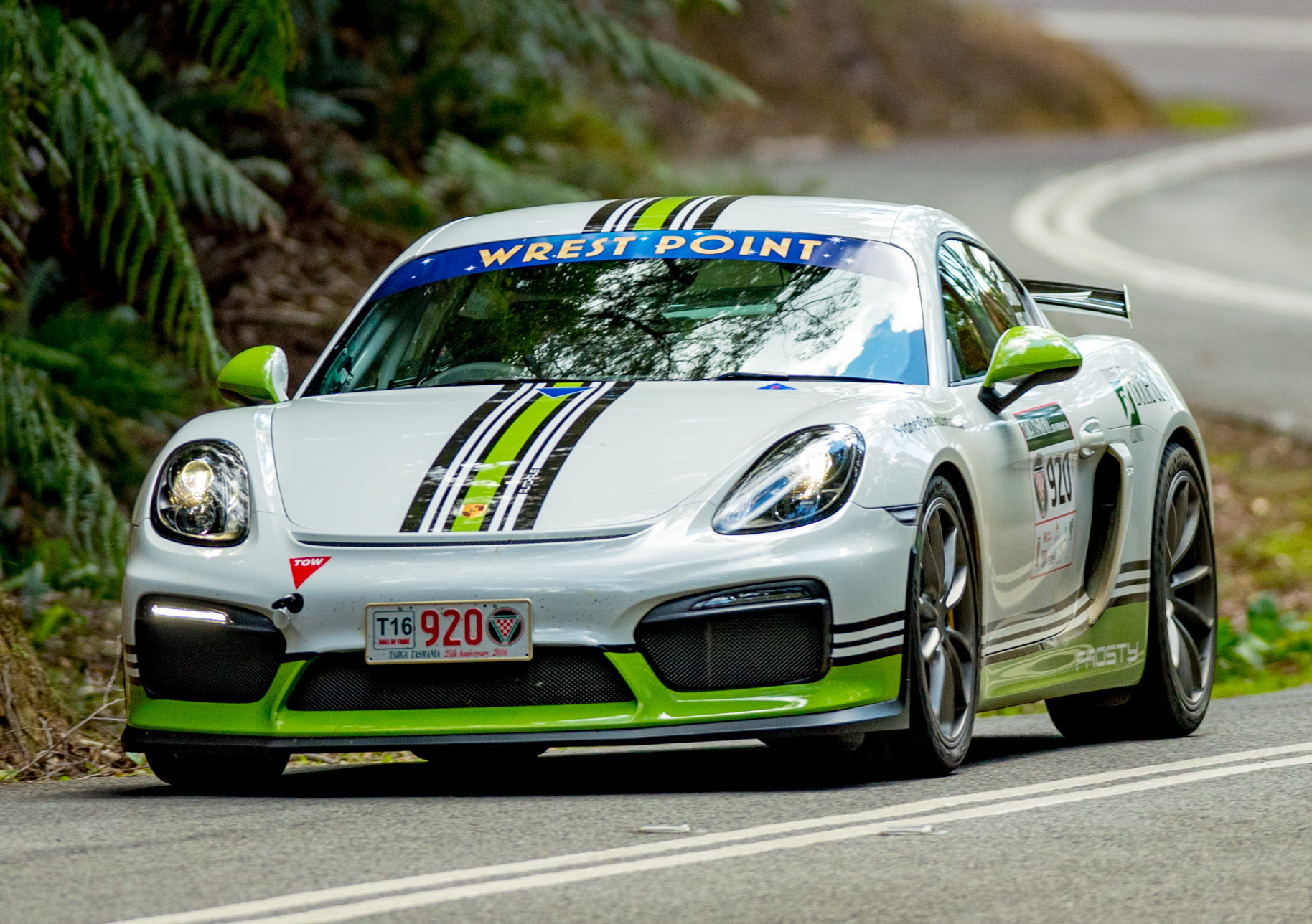 You have competed in the Targa Tasmania on 10 occasions, have there been any “holy shit” moments?

The biggest moment came in the ex Bill Pye 3.0 Carerra 911, the green one. We were doing around 140km/h in greasy condition and I just drifted onto the white painted centre line of the road....... and then boom, she swapped ends in an instant. We barrel rolled down the road and ended up in a pond. Thankfully we emerged unscathed. 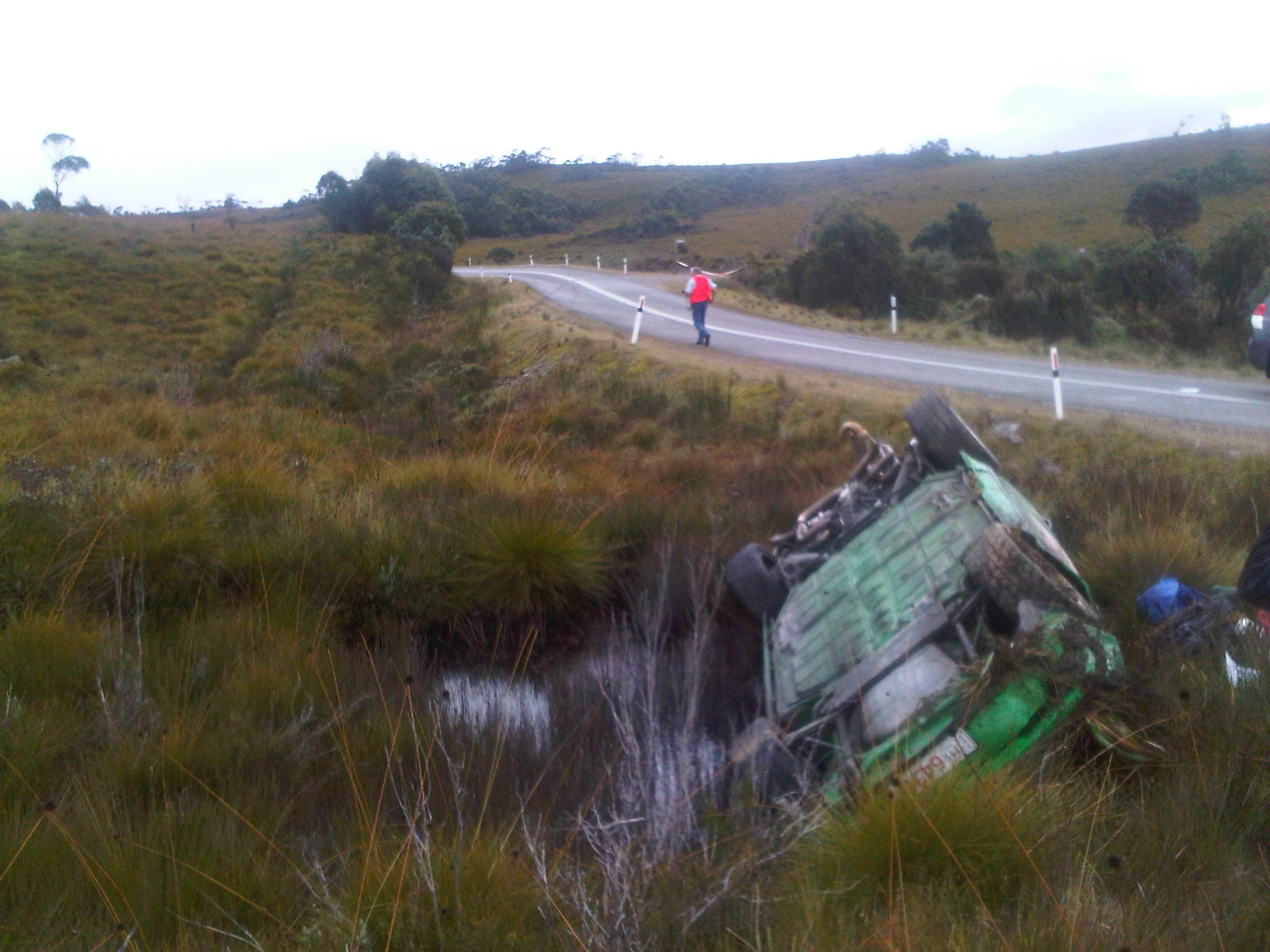 Well we actually started as opposition and then discovered Grant and his team were pretty good blokes! Over the last 10 years our relationship has developed into a friendship and I trust Grant and his team to always do the right thing. I also count Stu as a close friend. I think he has been at every event with us and I really admire his skills and calm demeanour. 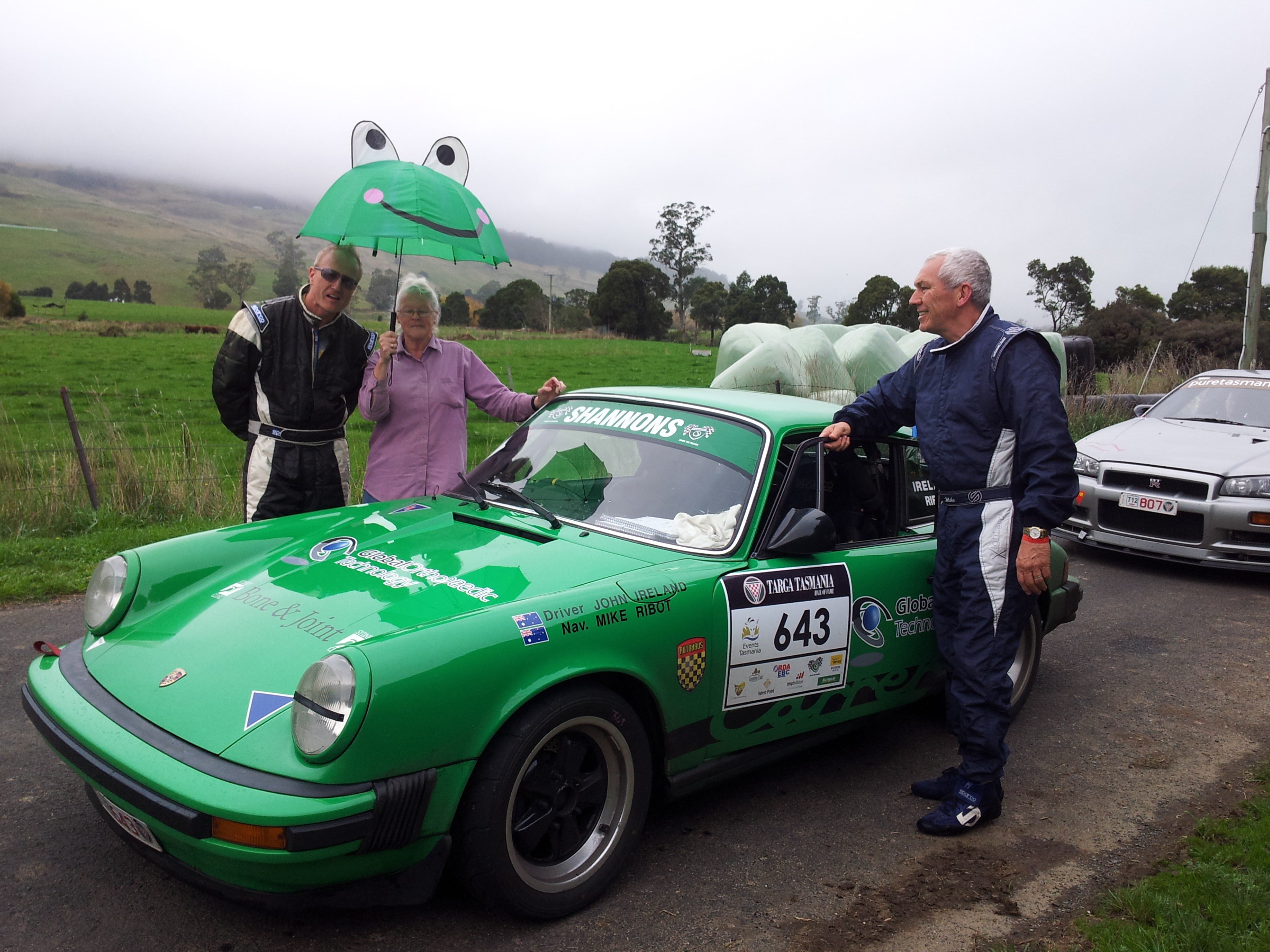 What’s next for you?

Now that it’s perfect I’m going to sell the GT4! I actually have my eye on something American, I hope Grant will still talk to me!