Janet Binn and Ross Cox are lucky to be alive and well after a huge crash at the Queensland Rally Championships.

Janet's social media post a day after the horrific accident:

"That's me in the helmet being rescued while racing in the QLD Gravel Rally Championships on Saturday, we didn't make the corner, hit the bridge at speed, became airborne, hit the opposite bank of the river and bounced back to the other side and landed on our roof in the water.
Ross Cox was unconscious and I became trapped as the car filled with water.
Thanks to the incredible bravery of Richie and Lachlan, mechanics from Auto Haus Hamilton, Brett, Steve and some other local spectators who selflessly jumped in the river and flipped the car over, we managed to get out with only minor injuries. Big thank you also to the boss Grant who along with Ruth and Glen took control of the scene and managed traffic, medical and spectators. Without them all I may not be making this post. They are genuine Super Hero's! Autohaus Hamilton" 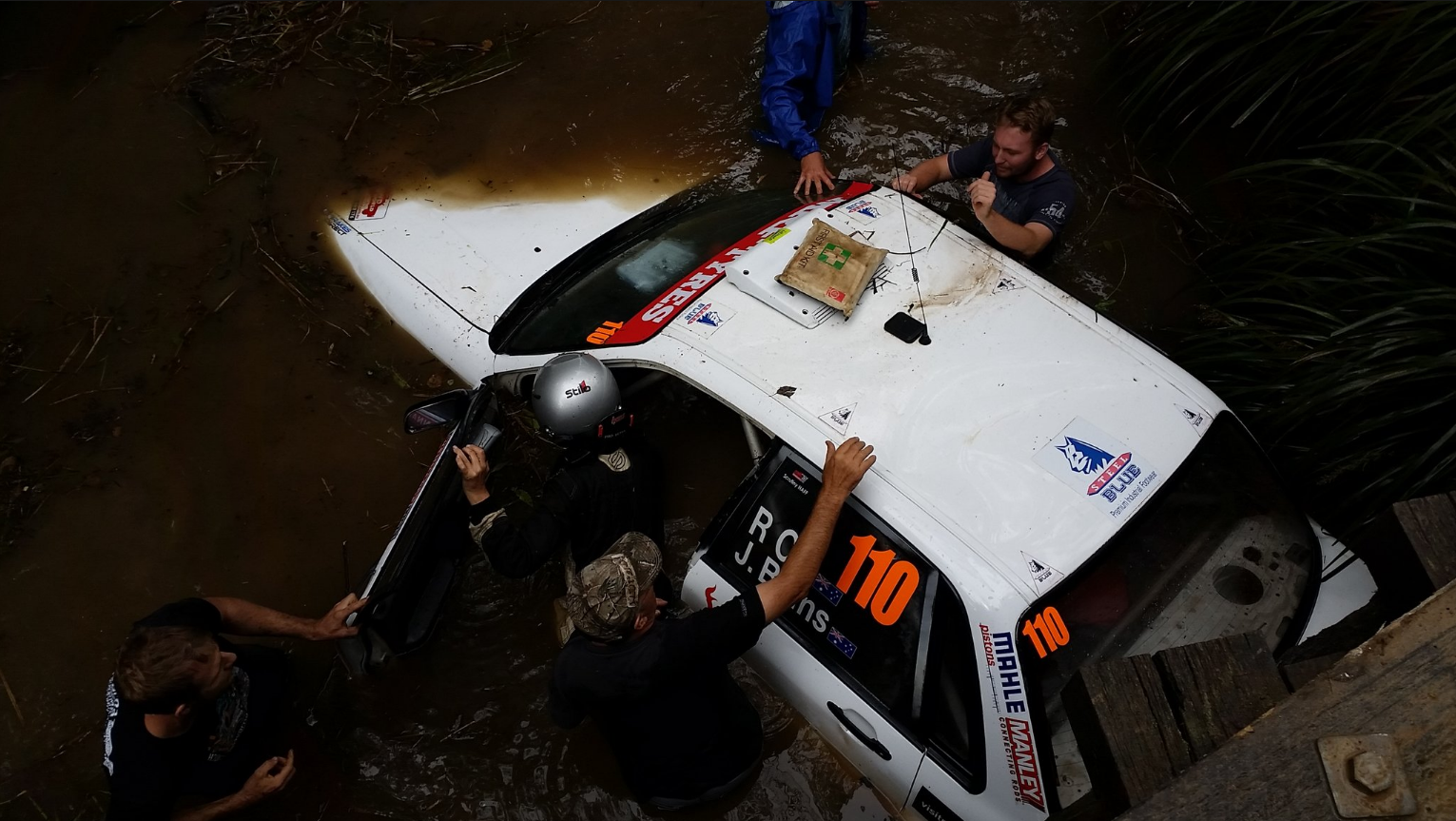 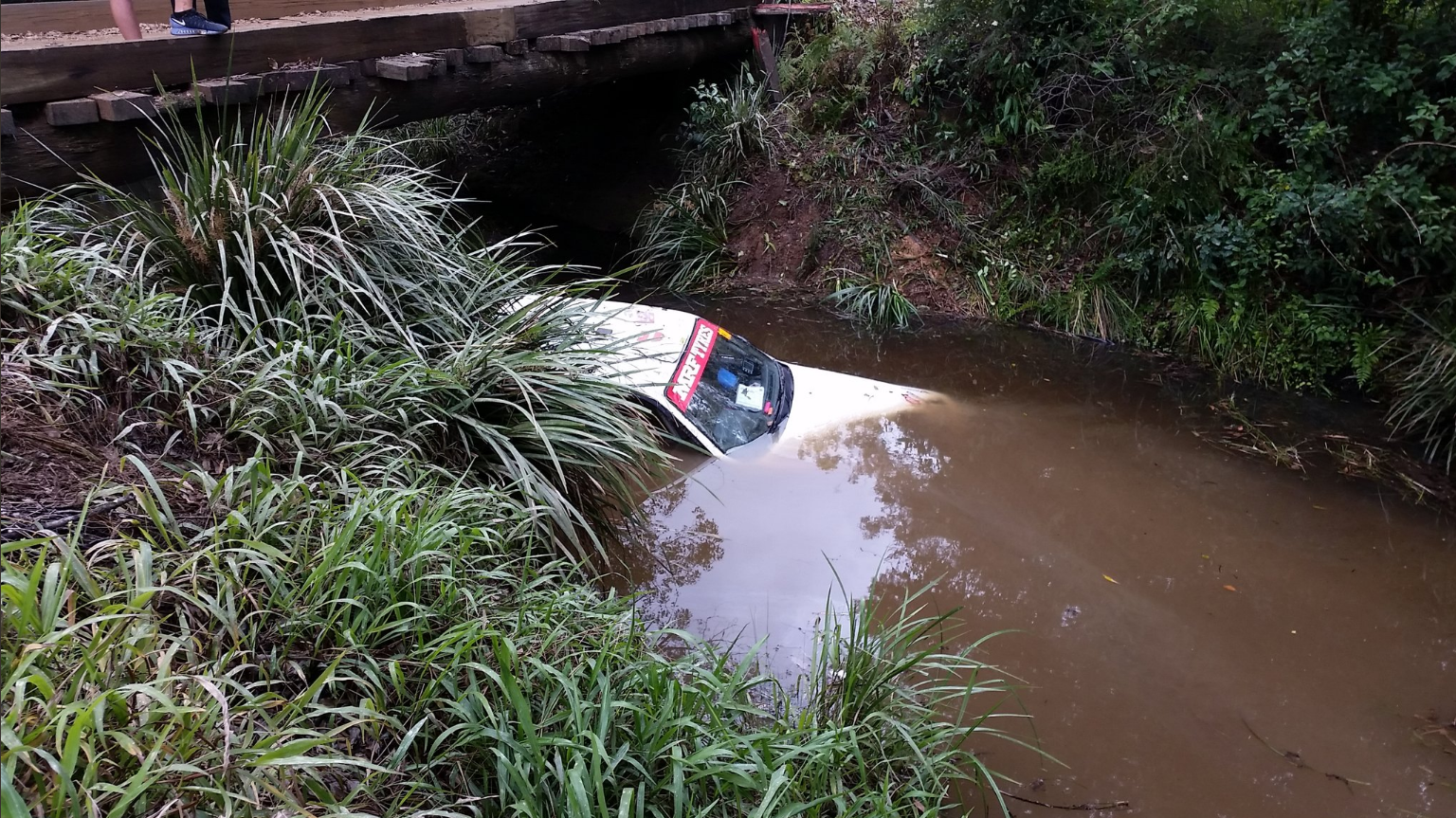 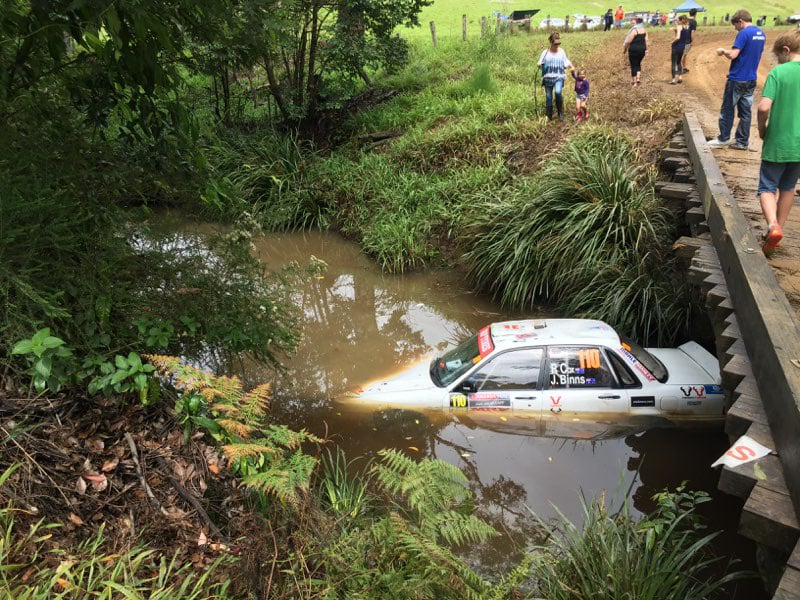