IMS Bearing: The Facts Made Simple

If you’re a late model Porsche owner, you would have heard the acronym IMS but every time you’ve jumped on the internet, you’ve come away with more questions than answers.

We’ve spent the time in the workshop speaking with our technicians and distilling the very best factual information about IMS bearings, their importance and what exactly does go wrong. Below you’ll find the most commonly asked questions regarding the IMS bearing along with a simple easy to understand explanation of the issues!

We hope this will help you have a better overall grasp of what exactly the IMS bearing is, what goes wrong and what is involved to make sure it doesn’t happen to you.

What is an IMS bearing? 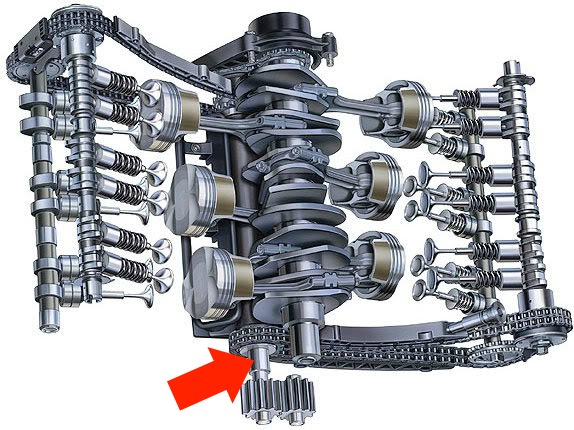 The same design has been retained with the water-cooled Turbo, GT2 and GT3 models as their engines are based off the same 964 engine case with the same internals as the earlier aircooled engines. Although these engines use an intermediate shaft, with a bearing, they have a fundamentally different design, and are not subject to the same type of failure as the M96 engine.

What Porsche models are prone to IMS failure and would benefit from an IMS upgrade.

There are so many reasons for bearing failure, and usually each failure is due to a combination of causes, not just a single cause. Spalling (Define: Spalling) occurs as a result of normal fatigue where the bearing has reached the end of its normal lifespan but this is not the most common cause of IMS failure. Spalling detected in bearings can generally be attributed to other factors; a common cause of bearing failure is due to high load and lack of lubrication to the IMS bearing, causing continuous over heating. This will ultimately weaken the bearing and fracture it, leaving behind a jagged depression (or a ‘pit’). Once this cycle begins, wear is greatly accelerated and the bearing will fail prematurely.

What is the worst case scenario?

In worst-case scenarios, the cam timing can also be thrown off, causing valve to piston contact. In that case, the engine will need a full strip down and rebuild.

One thing is for sure; once you have experienced an IMS bearing failure, there is NO turning back. A complete engine disassembly is required to replace the intermediate shaft and in most cases, complete rebuild or engine replacement is your ONLY option.

What can be done to fix this common problem?

Aside from the proactive approach of replacing the IMS bearing prior to such a failure, prevention and early detection are some of the steps that can be taken to try and minimise the risk of a costly engine failure.

With model year 1997 through 2005 engines, the bearing is indeed accessible. Any IMS bearing replacement is intended to be installed as a pro-active measure in preventative and regular maintenance. Once an engine has suffered a failure, replacement of the intermediate shaft bearing is no longer an option. Installing a replacement IMS bearing in an engine that has already suffered a failure will result in a subsequent failure due to collateral damage, including but not limited to debris contaminating the new bearing.

Are there any warning signs?

There are three warnings signs which can indicate a bearing is failing; you’ve found metallic debris in the oil filter while carrying out an oil change, or you may have found that there’s an oil leak located at rear of engine, or you would have started to hear knocking and metallic sounds coming from the rear of the motor.

It’s important as soon as you spot or hear the problem, call us on (02) 9417 0911for some advice. Do not drive the car until it has been inspected by a trained Porsche technician, as you could cause catastrophic engine damage and failure.

We hope we’ve been able to shine some light and help you have a better understanding of what exactly an IMS bearing is and what can actually go wrong with them.

To discuss the best approach for your car, give our service team a call on (02) 9417 0911 or email service@autohaushamilton.com.au For any information or to book a service contact the workshop here.